BETA IS LIVE: THIS IS A NEW SERVICE - YOUR FEEDBACK WILL HELP US IMPROVE IT
Skip to content
Previous Next

Combining E-commerce and Blockchain – The Advantages

In the last few years, the e-commerce industry has unveiled its potential for growth outperforming other sectors with the same prospects. The growth rate of the industry shot up during the pandemic, positively affecting the revenues of both big and small players. The world is now witnessing the rise of a multitrillion-dollar industry with firms like Amazon, Flipkart, Shopify being at the top of the pecking order. 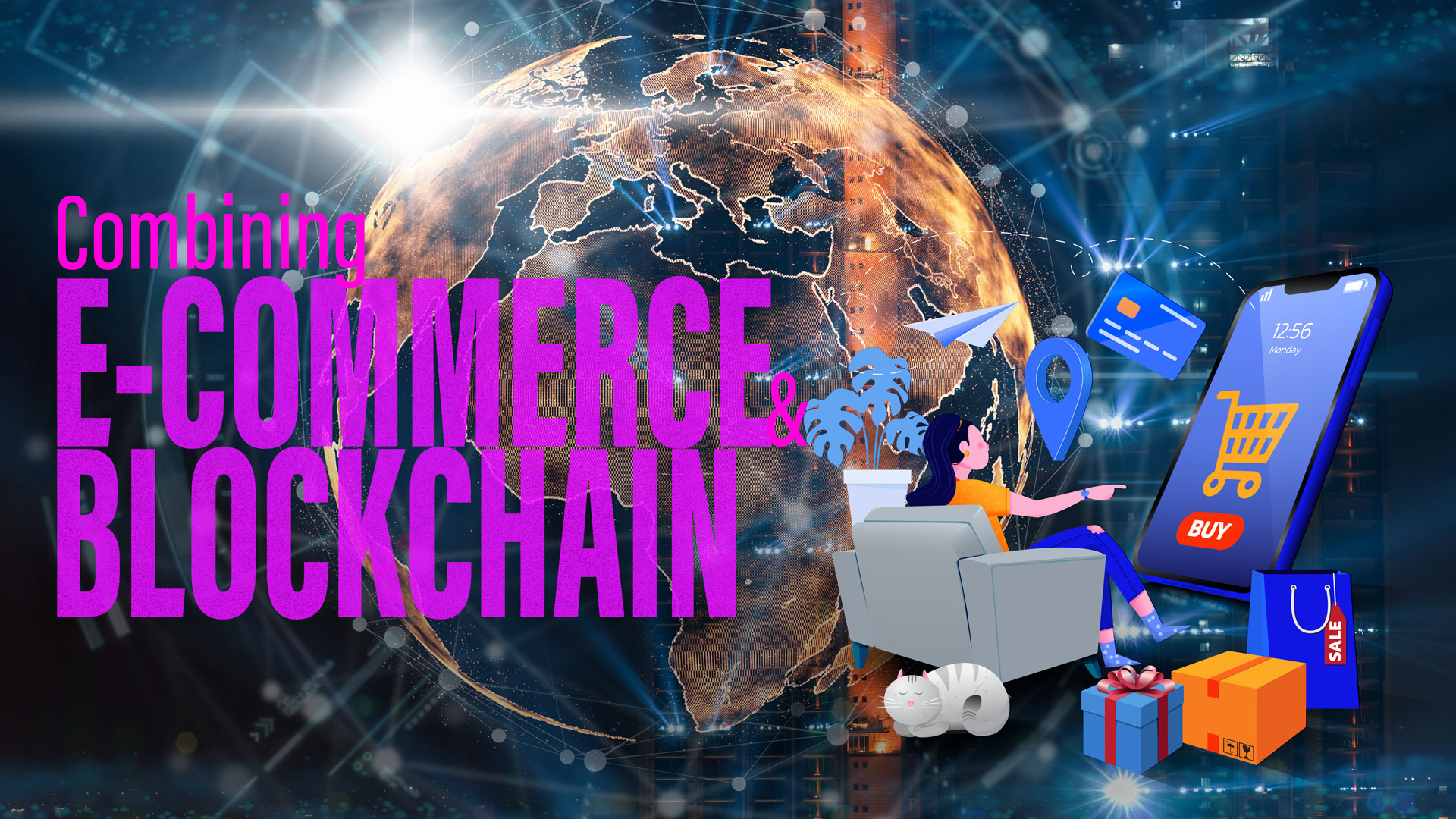 In the last few years, the e-commerce industry has unveiled its potential for growth outperforming other sectors with the same prospects. The growth rate of the industry shot up during the pandemic, positively affecting the revenues of both big and small players. The world is now witnessing the rise of a multitrillion-dollar industry with firms like Amazon, Flipkart, Shopify being at the top of the pecking order.

Despite the great possibilities, e-commerce still faces the same challenge synonymous with the legacy system such that the middleman or a third party takes a large chunk of the benefits. Online sellers are often at a disadvantage given the fact that they have to pay processing fees when the payments of their customers are facilitated. This is not any different from the banking system where the financial institutions recoup most of the benefits to themselves leaving the other parties with crumbs.

The e-commerce or electronic commerce market is a competitive one since participants offer almost the same products and services. As such, there is a need to adopt certain mechanisms that appeal to thousands of online shoppers. It is this need that has pushed Amazon, Shopify and a host of others to the top, giving the room for their revenues to increase.

Additionally, online businesses or merchants are often inundated with the need to build the trust of their consumers since this determines the level of patronage they get. With the increasing trend of internet scams, with some customers falling victims themselves while trying to make purchases, this has highlighted the importance of safeguarding customers’ personal and financial details. In light of this, sellers or merchants often have to invest hugely in data encryption as well as other protective measures against hacking.

Essentially, the e-commerce market is complex and features a long list of operations- from logistics to supply chain, payments and many others. Handling all these activities is somewhat a herculean task. Besides, the impressive growth of the industry has taken its toll on these operations making them outgrow any human or technological solution. However, blockchain technology is poised to change the narrative. More importantly, it addresses the issue of centralization owing to its decentralized infrastructure.

Blockchain technology has found many use cases apart from being the linchpin behind cryptocurrencies. The technology has traversed sectors such as real estate, banking, transportation, identification, gaming. The potentials of the technology are such that its applications are unlimited.

Due to its decentralized nature, blockchain could erode the role of a third party or middlemen by introducing smart contracts. Smart contracts displace selfish intermediaries, payment processing and logistics partners, creating a direct relationship between merchants and online shoppers. This leads to improved operations and increased efficiency.

This is a major advantage as online shoppers before the advent of blockchain were stuck with limited payment options. Merchants can now integrate cryptocurrencies providing numerous and affordable payment options for their customers.

The e-commerce industry can benefit from the borderless property of blockchain technology. As such, merchants can take their services and products beyond their country of residence, receiving patronage from online shoppers in other regions.

Online shoppers can also benefit from merging both disciplines in terms of making payments. Blockchain technology has a higher processing capacity than the payments gateways available in the legacy system. Within a few minutes, they can get their payments completed, especially when they use a digital currency like Bitcoin. Payments are also stored in a secure manner which makes

Where Xion Global Comes in

Xion Global, a next generational payments platform is pioneering a symbiotic relationship between e-commerce and blockchain technology with its Web3 Stripe-like platform. Xion Global has acknowledged the inefficiencies in the legacy e-commerce system and aims to fill that lacuna easing purchases for online shoppers and selling for online merchants. Other benefits include loyalty programs, cashback rewards, zero transaction fees and zero chargebacks.

On Xion Global, merchants are given the choice to decide whatever form of billing preferences they want such as recurring, single or custom. Payment options on the platform are solely focused on crypto payments where Xion aims to be the go-to payments platform for all crypto businesses. Xion will be introducing numerous options for crypto payments as well, with more focus on XGT, which is Xion Global’s native and governance token.

Xion Global also has a DeFi protocol Xion Finance where users can stake their tokens, provide liquidity to earn passive income or shop with XGT in the marketplace.

This website uses cookies to improve your experience while you navigate through the website. Out of these cookies, the cookies that are categorized as necessary are stored on your browser as they are essential for the working of basic functionalities of the website. We also use third-party cookies that help us analyze and understand how you use this website. These cookies will be stored in your browser only with your consent. You also have the option to opt-out of these cookies. But opting out of some of these cookies may have an effect on your browsing experience.
Necessary Always Enabled
Necessary cookies are absolutely essential for the website to function properly. This category only includes cookies that ensures basic functionalities and security features of the website. These cookies do not store any personal information.
Non-necessary
Any cookies that may not be particularly necessary for the website to function and is used specifically to collect user personal data via analytics, ads, other embedded contents are termed as non-necessary cookies. It is mandatory to procure user consent prior to running these cookies on your website.
SAVE & ACCEPT
Go to Top